The trains shuttling between Lhasa and Shigatse are called "the Tangzhu Ancient Route Train". Tangzhu Ancient Route is the general name of two ancient roads which had linked the business and trade between China and neighboring countries since Tang Dynasty. As the extension of the world’s highest railway, Lhasa-Shigatse Railway is located at an altitude between 3,600 meters and 4,000 meters.

Introduction to the Lhasa-Shigatse Railway

Lhasa-Shigatse Railway is an important part of the Qinghai-Tibet Railway. It was officially put into operation on August 16th, 2014, covering a total length of 253 kilometers. And thanks to the railway, passengers can now reach their destinations to Lhasa or Shigatse within 3 hours. The train sets off from Lhasa, and then passes by Lhasa River, Yarlung Zangbo River, during which the train will make stops at Qushui County, Nimu County, and Renbu County before getting to Shigatse.

You can see the unique Tibetan scenery of the fields, mountains, rivers, and valleys while taking the Tangzhu Ancient Route Train. As the train will pass through the Yarlung Zangbo River valley area, you can also see many bridges and tunnels during the journey.

The Tangzhu Ancient route, with a length of 6000 kilometers, was the only road connected Xian, the capital of China in Tang Dynasty (618-907 AD) and India. After the improvement and modification, the trains running between Lhasa and Shigatse were officially given the name of “The Tangzhu Ancient Route Train” and were firstly launched in Tibet on July 23rd, 2017. Improvement and modification on the trains include:

Decoration of the carriages

From hard-seat carriages to sleeper carriages, the ceilings and floors are decorated with patterns featuring with Tibetan characteristics. There are also many colorful pictures of Tibet's natural scenery in the hallway aisles of the sleeper carriages.

Functions of the dining carriage

There is a dining carriage in the middle of the train where passengers can have breakfast, lunch and dinner and get some snacks. When you enter the dining carriage, you will feel that you are in a traditional Tibetan dwelling, because the historical culture and natural scenery of Tibet have integrated with the carriage. During the non-meal time, other services such as ethnic dances and songs will be performed in the dining carriage. What’s more, there is a reading corner in the carriage, allowing passengers to read popular novels and other books. Therefore, passengers can truly enjoy the unique service of “catering + entertainment + culture” while taking the train.

In addition to the mother and child room, the train also has a fitness room where facilities such as electronic blood pressure monitor, oximeter, and electronic thermometer are available. In the business soft seat carriage, there is a post office-like spot where passengers can write down notes or their feelings during the journey.

The stations along the Lhasa-Shigatse Railway

There are currently 3 pairs of trains running on the Lhasa-Shigatse Railway every day (Z8801, Z8803, Z6811, Z8802, Z6812, and Z8804). One pair of the trains will not make any stops and the other two pairs of trains will make stops at three stations along the way (Qushui County, Nimu County, and Renbu County), with a duration of 2 minutes at each station. It takes two and a half hours for the non-stop trains to run from Lhasa to Shigatse (or vice versa), and the other trains, three hours. One thing needs to be noticed is that Train Z8803 and Z8804 are unavailable in winter season.

Passengers can get off the train when the train is making stops at the stations, but they can’t get on other trains with the same ticket. If they want to take trains to go ahead or go back to the previous destination, they need to buy a new ticket.

Why is Lhasa-Shigatse Railway worth a try

Shigatse is the second largest city in Tibet and it is of great importance to the Tibetan Buddhism. The Tashilhunpo Monastery inside the city is the permanent seat of the Panchen Lama. Besides, people who want to go Rongbuk Monastery and the Everest Base Camp must pass through Shigatse. Therefore, the traffic situation from Lhasa to Shigatse has become one of the most concerned issues for tourists entering Tibet.

1. The Railway has greatly saved the time for tourists who travel between Lhasa and Shigatse

Before the operation of the Lhasa-Shigatse Railway, there are only two ways for tourists to travel between the two cities: taking a bus or chartering a car. It takes about 5 hours to get to the destination by bus. The route that most chartered cars would follow is: Lhasa - Yambdrok - Shigatse - Rongbuk Monastery - Everest Base Camp - Lhasa. Although it only takes about 4 hours to travel from Lhasa to Shigatse by chartered cars, the cost is relatively high.

Thanks to the Lhasa-Shigatse Railway, the time from Lhasa to Shigatse was shortened to less than three hours, and the price for a one-way ticket is only about RMB 100.

2. The Tangzhu Ancient Route Train is only available on the Lhasa-Shigatse Railway

The Tangzhu Ancient Route Train is different from other trains in China. The luxurious Tibetan atmosphere makes the whole train a mobile home-style viewing platform, allowing tourists to enjoy the fascinating scenery of the fields, mountains, rivers and valleys along the way between Lhasa River and Yarlung Zangbo River. Therefore, this Tibetan style train is favored by more and more domestic and foreign tourists.

Yamdrok is the most popular attraction along the Lhasa-Shigatse route and you should not miss it. You can charter a car from Lhasa and go ahead along the following route: the 318 National Road - Yambdrok - Shigatse - Everest Base Camp. After your journey in EBC, you can then go back to Lhasa by taking the Tangzhu Ancient Route Train from Shigatse. In this way, you can not only save time and can also avoid of going back along the same route. At the same time, you can also experience the unique Tangzhu Ancient Route Train. 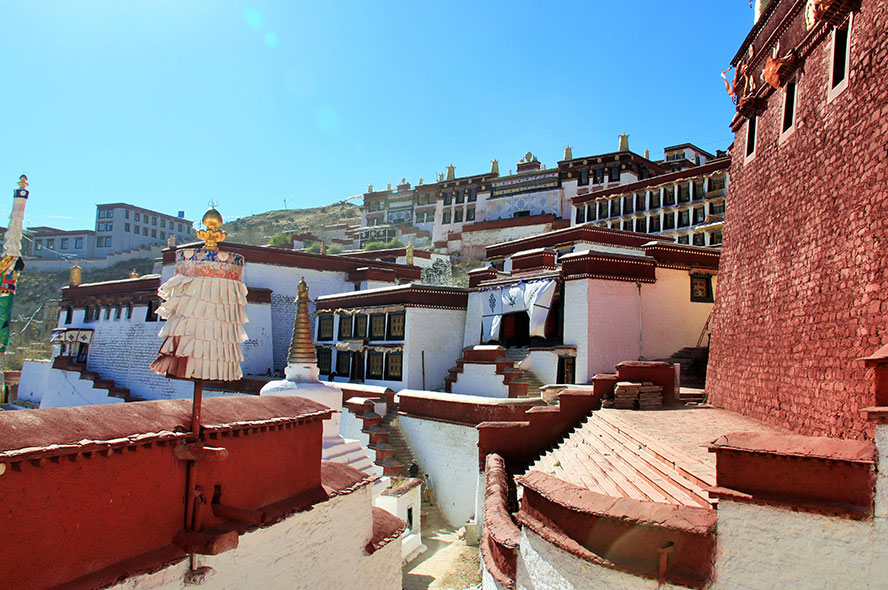 Best Time to Take a Train on Qin...

Information for Trains on Qingha... 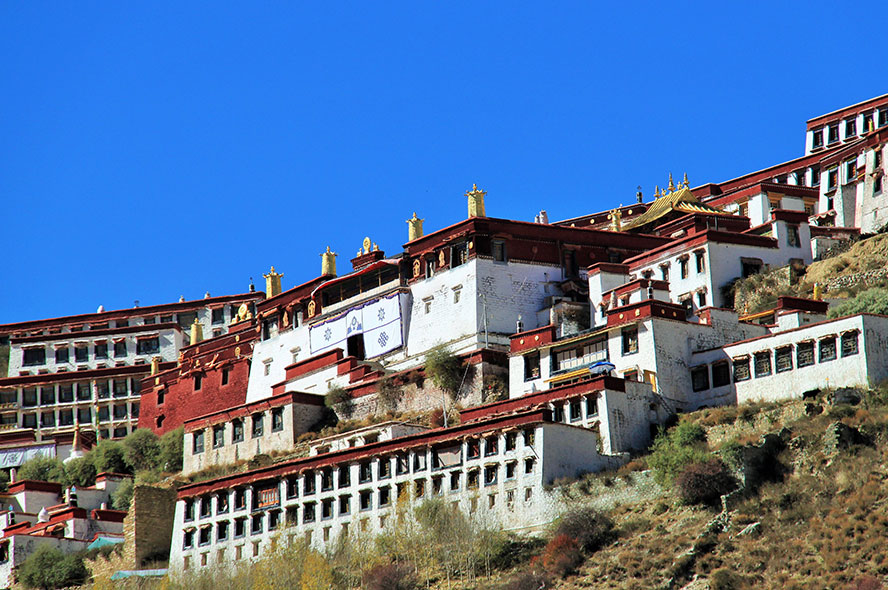