For travelers who go to Tibet for the first time, traveling by train from Qinghai to Tibet is their best choice. Among the seven starting cities, Chengdu has the shortest time to pull in after Xining and Lanzhou in terms of time in China. Chengdu is home to Chinese national treasure, giant panda. Besides, it boasts a long history of several thousand years. Chengdu also features abundant cuisines with Chinese characteristics. Therefore, most domestic and overseas tourists will choose Chengdu as the first stop to Tibet. There are currently three railway stations that are in operation in Chengdu. They are Chengdu Station, Chengdu East Station and Chengdu South Station. The train from Chengdu to Lhasa departs from Chengdu Station.

With the opening of the Lancang Railway in October 12, 2017, the train operation time from Chengdu to Lanzhou has been shortened, so that of the running time has also decreased by 9 hours. The train won’t depart from Chengdu Railway Station to Lhasa until 21:37. At night, you should pay attention to pick the right train station, do not go to the wrong train station, and delay your trip.

2. How to travel from Chengdu Shuangliu International Airport to the Chengdu Railway Station?

Chengdu Shuangliu International Airport is located in Shuangliu District of Chengdu, about 25 kilometers from Chengdu Railway Station. There are three convenient ways to get there:

a. Take Airport Bus Line 2. Whether you start from T1 terminal or T2 terminal, you can take the airport bus line to reach the Chengdu Station, which takes about 50 minutes;

c. Take a Taxi. Taxi can go directly to the North Railway Station, which takes about 40 minutes.

3. How to travel from Chengdu East Station to the Chengdu Station?

Chengdu East Railway Station is about 10 kilometers away from Chengdu Station. It is the most convenient to take the subway. Choose line 2 at Chengdu East Railway Station and change to Line 1 at Tianfu Square Station. It will takes about 30 minutes when reaching the station. You can also travel by taxi to reach the station, which takes about 20 minutes.

Chengdu Giant Panda Base is located in Chenghua District of Chengdu, about 10 kilometers from Chengdu Station. So far, there is no subway to reach the destination. Therefore, it is the most convenient to go by taxi which takes about 20 minutes.

There are several left-luggage offices near the exit and entrance of Chengdu Station. Please check the signs carefully and then set about going. You need a real-name registration when you store your luggage, so you will need your identification materials, such as a passport. Since the train station is an area with crowded gathering, the environment is quite complicated. So please try to carry valuables with you.

Ⅱ How to buy a train ticket in Chengdu at Chengdu Station?

1. How to buy a train ticket from Chengdu to Lhasa?

Home Visit Permit: For Hong Kong and Macao residents who travel to and from the Mainland, similar to the mainland identity card.

Entry Permit to Tibet: For foreign tourists and Taiwanese tourists to enter Tibet.

ID card or passport: According to the train ticket real name system, in mainland China, if you purchase a train ticket, you need to provide valid paperwork such as ID card and passport. The name of the passenger must be the same as the one used.

If you choose to purchase your ticket at Chengdu Railway Station or through railway station agency, please ensure that you have received your letter of admission in advance and present your ID at the window, such as Home Visit Permit, Pass Letter and Passport. Train tickets to Lhasa can be purchased at all ticket offices in Chengdu.

Chengdu to Lhasa by Train

Chengdu has only one train to pull in Tibet for two days. It is difficult to purchase the ticket in the peak season. Therefore, it is recommended to apply for a letter of entry for more than two months in advance, and then find a travel agency to buy a train ticket.

Trains from Chengdu to Tibet only go once for two days, and trains from Xining to Tibet are five times a day. In the peak season, there will be temporary buses from Xining, and the tickets will be easier to get.

Chengdu to Lhasa by Flight

Chengdu to Nyingchi by Flight

3. How to pull in a station after purchasing tickets?

After the ticket is purchased, the security check-in will be carried out through the entrance port. When passing the security check, proof of identity and train ticket will be required. Then wait in the designated waiting area. When checking in with your ticket, please follow the instruction to enter the platform.

4. Other railway stations in Chengdu

Chengdu East Railway Station is located in Chenghua District, Chengdu. Due to the renovation of Chengdu Station, most of the trains currently stop at Chengdu East Station.

Chengdu South Railway Station is located in the high-tech zone of Chengdu. In the future, it will mainly sell tickets for passengers from Chongqing, Yunnan and Guizhou.

The Chengdu West Railway Station which is under construction is located in Qingyang District of Chengdu City. It will be used as the starting site for the future Sichuan-Tibet Railway after completion. If the construction of the Sichuan-Tibet Railway is finished, the time to travel from Chengdu to Lhasa will be greatly shortened. The time spent will change from the current 40 hours to more than 20 hours. 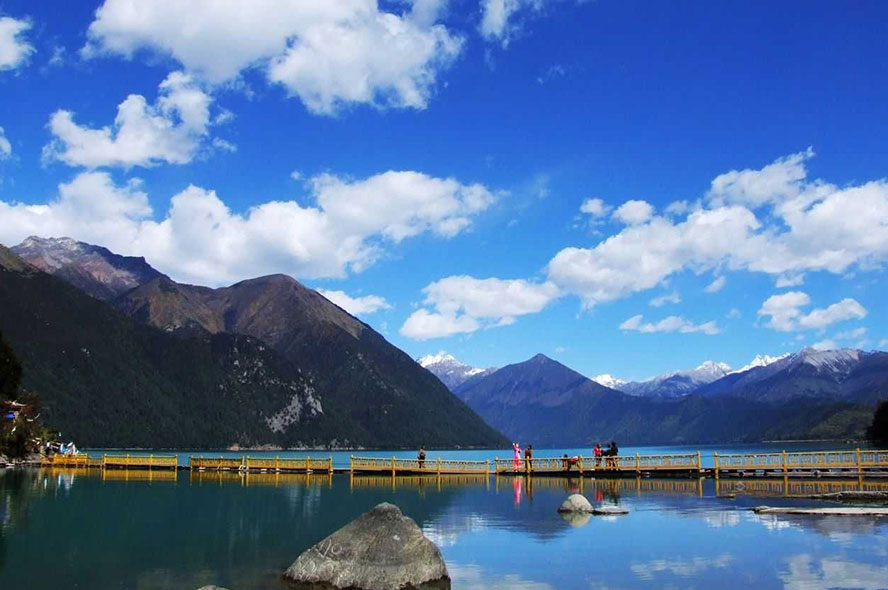