What to See in the Potala Palace

Lhasa is a city surrounded by mountains and has a total of about 3,000 hours of sunshine per year. The Potala Palace is located on the Red Hill, which is in the northwest of Lhasa. It is a palace-style complex built under the order of Songtsen Gampo (the king of Tubo Kingdom) for marrying Princess Bhrikuti Devi of Nepal and Princess Wencheng of Tang Empire. Since its reconstruction in the 17th century, it has become the residence of Dalai Lama and the center for Tibetan politics and religion.

Introduction to the Potala Palace

The White Palace and the Red Palace are the main buildings of the Potala Palace. The whole palace is Tibetan-style, with a height of 117 meters and an exterior of 13 floors (there are actually only 9 floors inside). Because it was built on the mountainside and the large stone wall stands like a precipice, the building and the mountain seem to be integrated with each other.

Altitude of the Potala Palace

Highlights of the Potala Palace

Xue Town - "Xue" means “below”, specifically referring to the villages and towns right under the castle on a mountain. Therefore, “Xue Town” is the general name of all the buildings in front of the Red Hill. Xue Town is an important part of the overall complex of the Potala Palace, and its history is as old as the Potala Palace’s.

The Treasure Hall of Potala is located in the Xue Town, right at the foot of the Potala Palace. It was originally called "Zhai Kang". It is a 3-floor building with strong Tibetan characteristics. Rooms on the first floor and second floor were used as storehouses. And the third floor was the residence of aristocratic officials. On the basis of the original structure, the whole building had been undergone external renovation and interior decoration, and it is now the Treasure Hall of Potala with a building area of over 2,000 square meters.

Built in the 7th century, when Tibet was under the rule of the 33rd Tibetan kings - Songtsen Gampo, Saint Guanyin Hall is an holy building with a history of more than 1,300 years. The hall is located on the north side of the highest floor of the Red Palace. The treasure of the Potala Palace - a statue of Guanyin (Avalokitesvara Bodhisattva) is stored in the hall. Besides, the statue of Tsongkhapa (a famous teacher of Tibetan Buddhism) and statues of the fifth, seventh, eighth, and thirteenth Dalai Lama are also collected in the hall. Other treasures in the hall include: wood statues of the eight disciples of the Buddha, eight silver stupas, a Babbitt metal statue of the Tara, a copper gilding Sanskrit Dharmacakra, a gilding statue of the six-faced and twelve-armed Yanluo Wang (the Chinese God of Death), and over one hundred copper gilding Buddha statues, etc. A golden plaque is hung above the door of the hall, on which are Chinese characters "福田妙果" (means “offering help to the elder, poor and needed people and reach an immortal spiritual state”) written by the King of Qing Dynasty - Emperor Tongzhi. On the top of the hall is a hexagonal golden dome.

Located on the east side of the White Palace, Potala Palace Square is a venue for large-scale events held by the old Tibetan government. In the old time, folk art groups from all over Tibet in summer would sing and dance, or perform Tibetan operas to the Dalai Lama here. One of the biggest events throughout the year should be the Shva hcham (a kind of dance) performed on December 29th of Tibetan lunar calendar. There would be many people gathering on the square on the day. Dalai Lama and Buddhist officials would watch the performance from the windows of the White Palace. And important guests would watch it from the windows of the buildings of the schools of religious officials. The dance would be continued for a whole day. Today, those buildings and schools of religious officials around, and other official buildings have become the office space of the Potala Palace Administration Office.

Located in the middle of the fourth floor of the Red Palace, The West Hall places the memorial tablet of the 5th Dalai Lama. In the middle of the west side of the hall sits is the throne of the 6th Dalai Lama, above which hangs a golden plaque with Chinese characters “涌莲初地”(means “the birthplace of Tibetan Buddhism”) written by Emperor Qianlong, a king of the Qing Dynasty. The entire hall was constructed according to the Buddhist mandala (a kind of building with strong Tibetan characteristics). The eight pillars in the center represent " Mt. Sumeru", and the wooden beams painted in turquoise, coral-red, gold, pearl-white symbolize "the four Dvipas"( the major divisions of the terrestrial sphere). A total of 2215 murals were painted on the walls, telling the family history of the 5th Dalai Lama and story of himself. About precious 15 groups of murals in the northeast of the hall tell the story of the 5th Dalai Lama going to Beijing in 1652 to see Emperor Shunzhi.

Located in the southwest of the highest floor of the Red Palace, Bliss Hall was originally the residence of the 6th Dalai Lama - Tsangyang Gyatso. The murals inside the hall specifically describe the content of Records of the Questions and Answers between Atiśa(a Bengali Buddhist religious leader and master) and Dromtön (the founder of the Kadam School of Tibetan Buddhism). Therefore, the hall is also called as the Base of Kadam. The throne of the 6th Dalai Lama is in the center of the platform in the north side. Above the throne hangs the Tangka of the Buddha of Bliss. And behind the throne is a Buddhist shrine which contains the statue of gilding Sakyamuni. The hall covers an area of 246.17 square meters and holds more than one thousand statues of the Buddha of Bliss, that’s how the hall got its name.

Tips for visiting the Potala Palace

1. During peak season, you need to book a ticket of the Potala Palace one day in advance at the Administrative Office in the westside with your original ID card or passport. The next day, you can get to the Potala Palace and buy tickets according to the appointment. Our tour guide will reserve the time for tourists to visit the Potala Palace - usually it is in the afternoon of the second day after arriving in Lhasa.

3. You can take pictures before entering the White Palace, but once you walk into the White Palace, taking pictures is forbidden. This is an important thing should be noticed. If you violate the rules, your camera will be confiscated, and when the case is serious, you will be fined or even detained.

4. The Potala Palace is a solemn and serious place, and casual clothes such as shorts, skirts, and slippers are inappropriate when you visit this place.

5. When you are visiting the White Palace, please take off your hat and sunglasses to show your respect to the place.

6. Inflammable and explosive materials such as liquids, lighters, and cigarettes are not allowed to be carried into the Potala Palace. If you accidently have these items, you can store them at the ticket office and get them back when you leave the place. You will go through a strict security check before visiting the place, so please reserve enough time for the security check.

7. Do keep these Buddhist taboos in mind during your visit to the Potala Palace: Don’t make loud noises; don’t touch the murals and Buddha statues; and don’t step on the thresholds, etc.

8. There are various merit boxes in the Potala Palace. You can prepare some change in advance for donation.

Tips for taking photos of the Potala Palace from outside

You can take photos from the Chakpori Hill to describe the relations between the Potala Palace, the sky, and the road.

A picture taken from the Dragon King Lake can show a quieter Potala Palace. 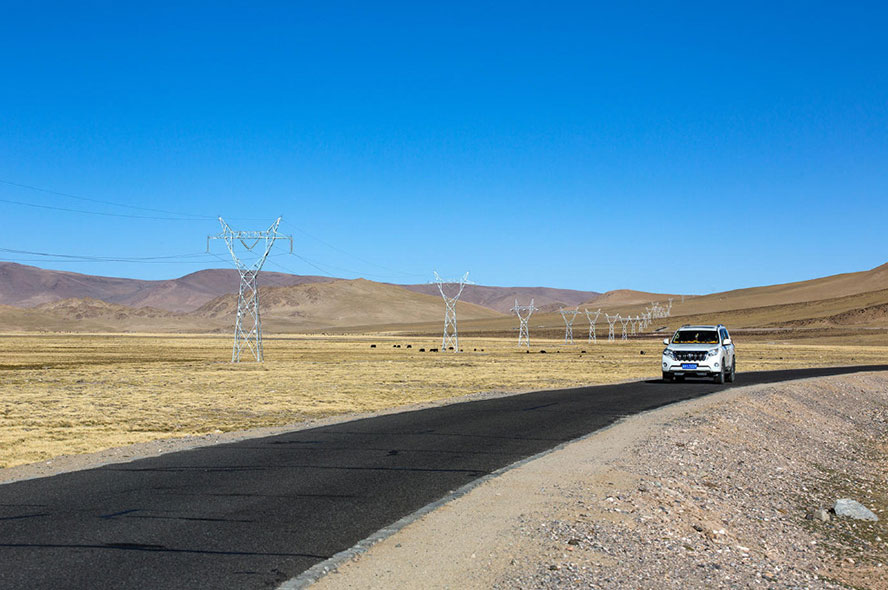 The Best Time to Travel to Lhasa... 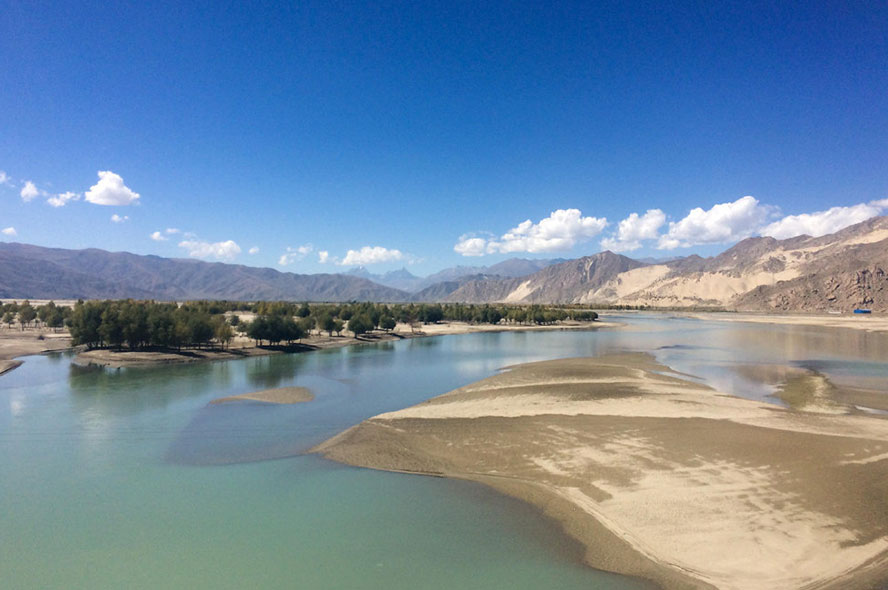 Drepung Monastery and Its Shoton... 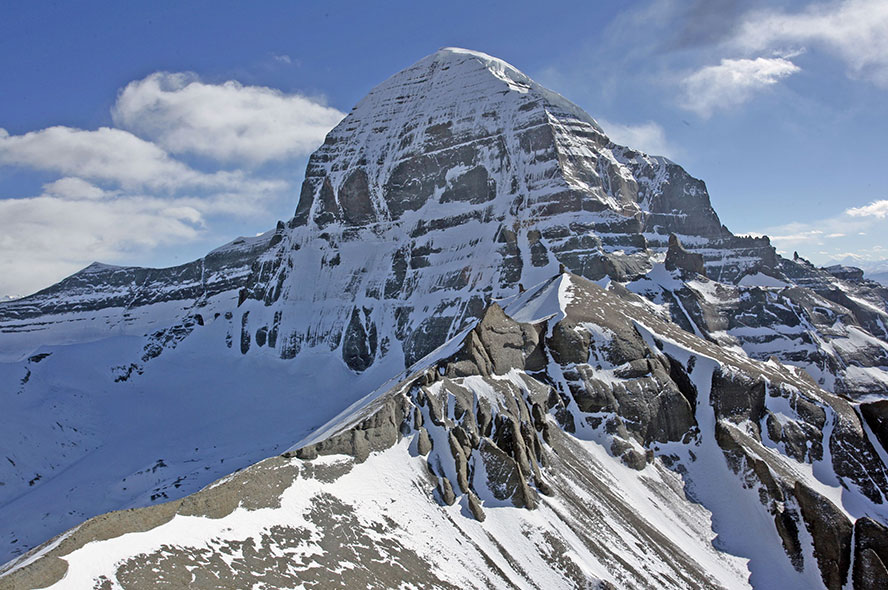 What to See in Sera Monastery... 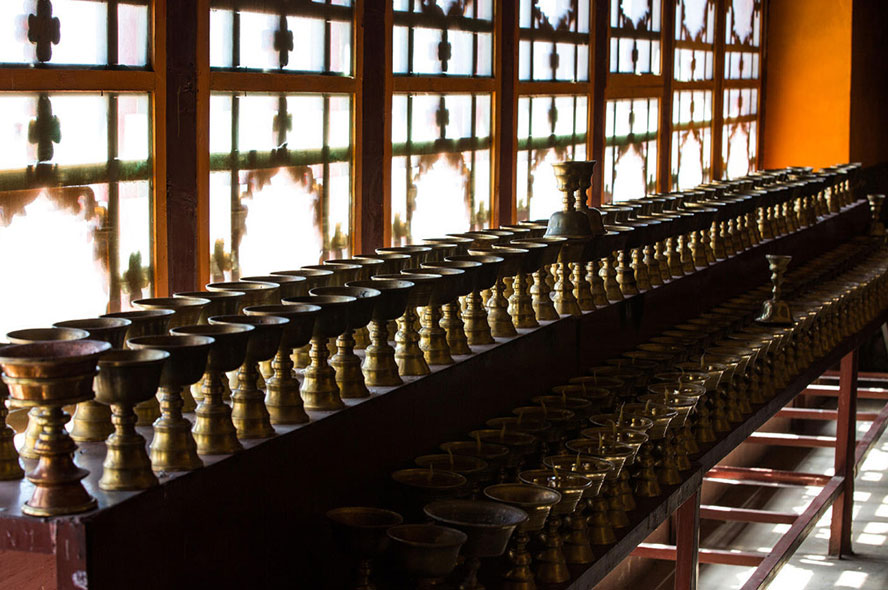